Now that it’s been shown high-end properties are appreciating more than lower priced homes, many are convinced that this is proof foreign capital is affecting Vancouver housing prices significantly. Others are downplaying the influence of foreign money and are claiming that lack of detached housing supply is responsible.

At last month’s speech to the Urban Development Institute, Bob Rennie told the audience, “If we don’t change things from today’s climate of ‘I want a detached home in a city that can’t provide it,’ we could run the risk of our worst fear ever: a Vancouver city ending up as a resort city”.

And here is what Vaughn Palmer said last week:

…prices for detached single-family homes are being driven upward by two factors that have little to do with real estate speculation and/or foreign ownership. Rather, it is because they aren’t building them any more in Vancouver and the existing stock is shrinking, owing to the trend toward densification, when detached homes are torn down and replaced with multiple dwellings.

The supply is shrinking and everyone wants one? Of course prices are soaring. 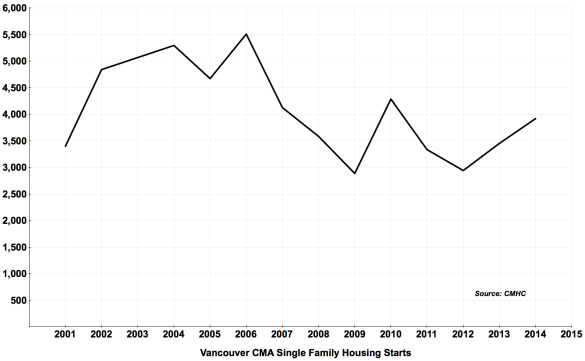 As far as the “trend toward densification” is concerned, it’s been going on for decades. Why have detached homes only recently appreciated more than condominiums? The recent rise in foreign capital flight correlates much more closely to these recent gains than the long-term trend of densification.

As mentioned in a previous post, the initial stage of the bubble (which I refer to as ‘Phase 1’) saw relatively equal rates of appreciation among all property types. 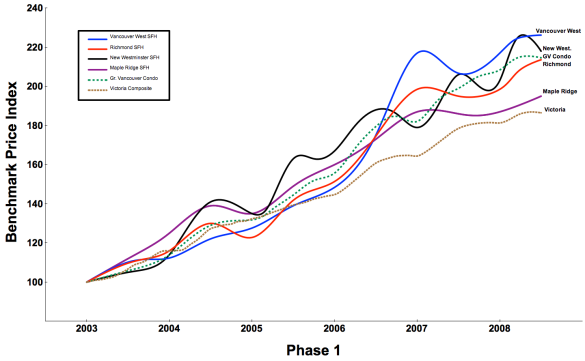 However, in the second phase of the bubble, price movements have been diverging. Properties popular with foreign buyers have been appreciating much more than prices where locals are buying. 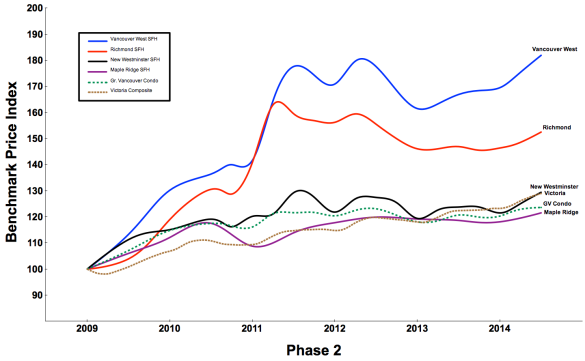 Since 2009, single family homes in Richmond have appreciated 79% more than homes in New Westminster, while detached homes on the west side of Vancouver have appreciated a whopping 178% more. Why did this happen during in this second phase of the bubble, but not the first?

If lack of single family home supply really is the problem, why haven’t detached homes in places like New Westminster and Maple Ridge appreciated more than the benchmark condo? What explains this recent divergence?

As I concluded in my post from last month, all the evidence points to foreign capital driving the single family home market on the west side of Metro Vancouver — not lack of supply.

4 thoughts on “Is Supply The Problem?”